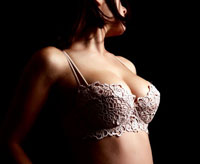 Could breast surgery lead to a breakthrough in the field of regenerative medicine? The latest issue Wired magazine reports that Cytori Therapeutics, a biotech company, is working toward using stem cells from fat to help the body rebuild itself. CEO Chris Calhoun says his firm has figured out a way to augment and rebuild breasts using stem cell–enriched fat tissue.

Cytori’s process for breast augmentation and breast reconstruction uses liposuction to harvest fat cells from the abdomen; then the fat is injected into the company’s Celution System where a centrifuge separates the fat cells from the stem and regenerative cells and prepares the cells for injection. Finally, a surgeon injects the cells into the breast for the augmentation or reconstructive procedure.

The injected cells don’t actually become breast tissue, but rather the fat cells in the mixture provide volume and the regenerative cells encourage the growth of a blood supply that the fat cells need to survive.

Cytori has chosen to focus its technology on breasts because “the scientific and regulatory hurdles to getting Cytori’s cells into clinical use will be easier to clear for breasts than for other tissue: Breasts simply aren’t as necessary as other organs, so the bar for proving to regulators that the technology works will be lower,” according to the article.

The company has completed almost a decade of trials on cell cultures, lab rodents and now humans. Cytori believes the same technology it is using for breast procedures could be used to regenerate other damaged tissue, such as in the heart or kidneys.

They still have a long way to go: Cytori’s system has not been approved by the FDA so it can’t be marketed in the U.S. (although doctors can purchase it).