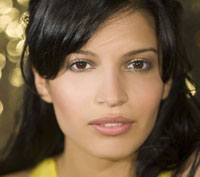 “When a patient comes in from a certain ethnic background and of a certain age, we know what they’re going to be looking for. We are sort of amateur sociologists,” said Dr. Kaveh Alizadeh, of Long Island Plastic Surgical Group.

A few of the ethnic trends the doctors reported seeing in their patients include:

Statistics from the American Society of Plastic Surgeons show that plastic surgery keeps increasing within ethnic groups in the United States. Around 750,000 Asians in the U.S. underwent cosmetic procedures in 2009, which is more than double the number in 2000. About 1.4 million Latinos underwent cosmetic procedures in 2009, a threefold increase from 2000.

Motivations for ethnic plastic surgery appear to have changed according to Victoria Pitts-Taylor, a sociology professor at Queens College. She said that in the early days of plastic surgery, immigrants underwent procedures to try to look “more American.”

However, rather than trying to fit in, today’s immigrants appear to have procedures that reflect their home culture’s trends.

“My patients are proud of looking Hispanic,” said Dr. Jeffrey Yager, whose office is in a largely Dominican neighborhood in Manhattan. “I don’t get the patients who want to obscure their ethnicity.”

One Dominican patient of Dr. Yager’s is Italia Vigniero, 27, who got breast implants in 2008 and is considering a buttocks lift. “We Latinas define ourselves with our bodies,” she said. “We always have curves.”

The doctors also said that in addition to their own cultures, immigrants are also influenced by American pop culture and reality TV shows about plastic surgery.