The History of Breast Augmentation

The History of Breast Augmentation 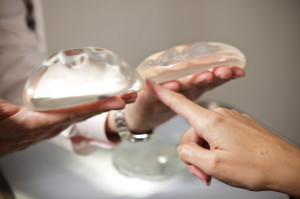 Even before the 20th century, women longed for larger breasts. In the 1890s, paraffin was injected into the breasts to enhance their size, but this method was quickly abandoned because the paraffin leaked into other parts of the body. During the 1920s and 1930s, surgeons tried to transfer fat from other areas of the body to the breasts, but the fat was reabsorbed into the body. Then, during the 1950s, surgeons tried to implant a host of foreign substances into the breasts, including polyurethane, sponges, cartilage, wood and even glass balls. Thank goodness those methods fell by the wayside!

Breast enhancement surgery, as we know it, originated in the early 1960s, when Drs. Frank Gerow and Thomas Cronin invented silicone breast implants. The story goes that Dr. Gerow squeezed a plastic bag filled with blood and remarked that it felt like a woman’s breast, giving him the idea for silicone-filled implants.

In 1962, Timmie Jean Lindsey, a mother of six, underwent the first breast augmentation surgery, in Houston, Texas. She received silicone breast implants, enhancing the size of her breasts from a B cup to a C cup, and was thrilled with the results. Now 80 years old, Lindsey says, “I thought they came out just perfect. … They felt soft and just like real breasts.”

Concerns About the Safety of Silicone

In the 1990s, citizens raised concerns about the safety of breast implants’ silicone filling material, asserting that silicone leaking from breast implants was causing autoimmune diseases. This eventually led the FDA to ban the use of silicone breast implants in the United States, except for women undergoing breast reconstruction surgery following lumpectomy or mastectomy for the treatment of breast cancer and for women who already had silicone implants and needed to have them replaced.

Following the FDA ban on silicone implants, the only choice of implants that breast enhancement patients had were filled with saline, a sterile saltwater solution that the body can safely absorb in case of an implant leak.

After several years of conducting clinical studies about the safety of silicone implants, however, implant manufacturers disproved the theory that silicone causes autoimmune diseases. Thus, the FDA lifted the ban on silicone implants, making them again available in the U.S. for breast augmentation patients who are at least 22 years old.

Silicone breast implants remain a popular choice among patients because they closely resemble the look and feel of natural breasts.

The Future of Breast Augmentation Surgery

There have since been advances in breast augmentation treatment options. First, a new generation of silicone breast implants has been introduced: highly cohesive, form-stable silicone implants (often called “gummy bear” implants thanks to the gummy-like consistency of the filling material). These implants are less viscous than traditional silicone implants and have a form-stable filling material that stays intact when squeezed, twisted and even when cut in half.