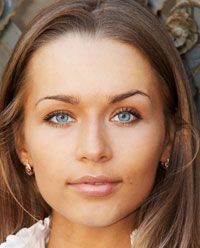 While BOTOX® Cosmetic is famous for paralyzing facial muscles to smooth wrinkles, a potential alternative is aiming to freeze them away. A new technology called cryoneuromodulation that zaps away forehead wrinkles by freezing nerves shows promise in clinical trials, according to U.S. News & World Report.

“It’s a toxin-free alternative to treating unwanted lines and wrinkles, similar to what is being done with BOTOX and Dysport,” said study co-author Francis Palmer, director of facial plastic surgery at the University of Southern California School of Medicine in Los Angeles. He also said that the procedure appears to have the same clinical efficacy and safety comparable to the existing techniques.

During the procedure, which takes about 15 minutes, doctors use small needles that deliver cold to nerves running through the forehead, and the cold freezes the nerve, which interrupts the nerve signal and relaxes the muscle that causes forehead lines. The technique does not permanently damage the nerve, Palmer said.

Researchers said they are still refining the technique but that the results last about the same amount of time as BOTOX, which works for about three to four months. However, unlike BOTOX, which takes a few days to kick in, the effects of the cryotechnology are seen immediately, according to the researchers.

“The current study had 31 participants, all of whom had fewer wrinkles after two to eight injections, and the level of discomfort was comparable to that from BOTOX or fillers,” Palmer said.

If this new technique is eventually approved by the FDA, it would offer consumers an alternative to a neurotoxin injection for getting rid of forehead wrinkles. Statistics from both the American Society of Plastic Surgeons and the American Society for Aesthetic Plastic Surgery for 2010 showed that botulinum toxin type A, which includes BOTOX and Dysport, was the number one non-surgical cosmetic procedure.

The company will eventually seek FDA approval, but it may seek approval in Europe first.