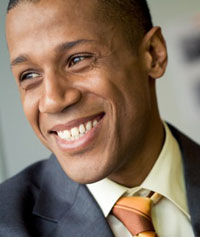 The “mommy makeover” is a cosmetic surgery trend in which new moms get several procedures—typically a breast augmentation, tummy tuck, and/or breast lift—to help return their bodies to their pre-pregnancy shape.

Bill Neville, 52, has a four-year-old son and recently shared his plastic surgery story with reporter Elise Morgan of WHNT NEWS 19 in Huntsville, Alabama. He began to worry about looking too old. “He’s [my son] going to start t-ball, swimming, and I don’t want to be out there with the rest of the dads and have them looking at me like, ‘Hey! Grandpa is out here to watch his grandson!’” Neville said.

Neville made changes to his diet and exercise but also decided to get plastic surgery. “Just rolling back the clock a bit on this turkey gobbler and possibly getting the skin off my eyelids would be great,” he said pre-surgery.

His surgeries included his eyelids, a facelift, a neck lift, laser resurfacing of his skin, and injections to fill in wrinkles. “I was hoping not to look real “plasticky” and stretched, and I don’t think I do,” Neville said. “I think it looks real natural and everyone I’ve talked to thinks it looks great.”

The top 5 cosmetic surgical procedures and minimally-invasive cosmetic procedures for men last year, according to ASPS, were:

“Plastic Surgery for Men Isn’t Taboo” has the full story and a video on Bill Neville at the WHNT News website.

Related story: “A guy could get used to this no-lines life” – A male Los Angeles Times reporter writes about his experience getting Botox treatment.