More Than Half of Americans Approve of Plastic Surgery

More Than Half of Americans Approve of Plastic Surgery 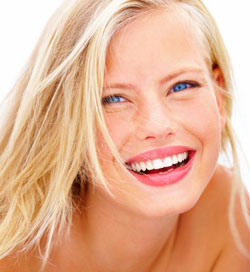 On a recent episode of the reality TV show “Real Housewives of Orange County,” cast member Alexis Bellino asked, “Who doesn’t want Botox? Hello?” Her sentiments appear to reflect a growing portion of the U.S. population beyond Orange County, as a new survey by the American Society for Aesthetic Plastic Surgery (ASAPS) found that more than half of Americans (51 percent) approve of cosmetic plastic surgery.

The approval percentages broken down by income are as follows:

“As the numbers suggest, people in every income bracket, single or married, male or female, view plastic surgery as a reasonable option today,” said Dr. Felmont F. Eaves III, president of ASAPS. “Taking care of yourself and paying attention to physical appearance is increasingly important to everyone. As both traditional surgical procedures have been improved and refined, and new nonsurgical options have become available, aesthetic plastic surgeons have more to offer to our patients.”

And while it’s common for celebrities to deny undergoing cosmetic procedures, the survey found 67 percent of participants said they would not be embarrassed if their friends and family knew they had cosmetic surgery.

In an unscientific survey, the Orange County Register found similar results when it asked readers if they agreed with Bellino’s statement about Botox with about half agreeing with her, responding that it is a good thing. More than half agreed with another statement by Bellino: “The O.C. has put a few requirements on women that live here – big boobs, blond hair and Botox.”