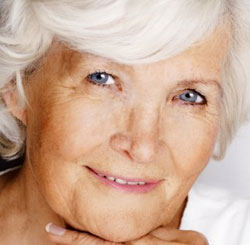 If older patients are properly screened before facelift surgery, they do not have a higher risk for surgery complications than younger patients, according to a new study. This suggests that age alone is not an independent risk factor for facelift surgery.

Researchers performed a retrospective study of 216 women who had a facelift between 2005 and 2008 by a single surgeon at the Cleveland Clinic. The patients were divided into two groups by age: those under 65 (148 patients) and those 65 and older (68 patients). The average age was 57 in the younger group and 70 in the older group.

Results showed that complication rates were not statistically different when comparing the older facelift patients to the younger ones.

“Facelift surgery in the elderly has always been perceived to carry more post-operative risk,” said Dr. James Zins, Chairman of Plastic Surgery at Cleveland Clinic. “According to our study and pre-operative screenings, patients over 65 had no statistically significant increase in complications.”

The number of older people seeking plastic surgery is expected to grow. By 2030, there will be about 72.1 million older persons, more than twice their number in 2000, according to the Department of Health and Human Services.

The older patients in the study were more likely to have a higher ASA (overall health status) score than the younger patients. The ASA assesses the physical status of patients before surgery.

The researchers said more studies are needed to define whether an age limit for safe facelift surgery beyond age 70 and 75 exists.

The technique chosen for your facelift depends on your needs and may be a traditional facelift, limited incision facelift or a neck lift. For more information on the study, visit the Plastic and Reconstructive Surgery journal’s website.